The Power of
Body Language

Have you ever found yourself intently listening to, but not exactly looking at, a work colleague speaking at a meeting—and instead scanning your incoming texts? Chances are you defended this behaviour, after all, you “heard” everything your co-worker said while you were multi-tasking on your device. But believe it or not, someone in the room, whether the speaker or a peer, was probably unwittingly judging you, and determining you to be less amazing than you really are, says Heidi Grant Halvorson, Ph.D., associate director of the Motivation Science Center at Columbia University in New York City. That’s a pretty big disservice.

“Upwards of 80 percent of the impression we make on someone boils down to two things: whether we seem warm as well as competent,” says Dr. Halvorson. And there’s a reason for that: Being perceived as warm is interpreted as a signal that one has good intentions. When someone thinks you are competent, they see that as a sign that you are capable of acting on your intentions. When you possess both qualities, you can be a powerful ally.

Unfortunately, a lot of the signs that drive one to make those assumptions about another person are subconscious. That’s where the power of body language comes in. Simply understanding how your body language is perceived puts you in the position to control your fate. 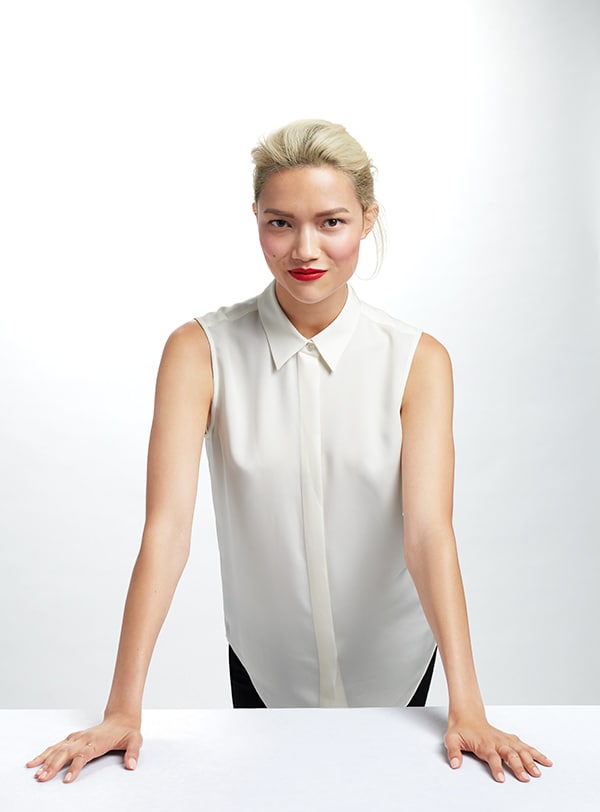 Intuitively, we already know what makes a person come across as competent: We know we should stand up straight and make eye contact. Ditto sitting. Don’t slump in your chair. Keep your shoulders squared to others, and your head up. “Take up space,” says Dr. Halvorson. It may sound silly, but standing like Super Woman—hands on hips, feet shoulder-width apart—is one of the most powerful poses in which to hold your body. Conversely, assuming a more retiring stance tells the world you’re tentative (since you’re literally minimising the amount of surface area on which others can take a swing at you) and lack confidence. You’re also perceived as tentative if you speak too quickly or slowly, or use a lot of “ahs” and “ums.”

What you may not know is how to come across as warm. “People are often very surprised to learn that they’re perceived as icy,” says Dr. Halvorson. Which brings us back to making eye contact in a meeting. While eye contact is important, “it’s not necessarily about 'am I looking directly at you when I’m talking;' it’s more about 'am I looking directly at you when you’re talking,'” she says. People don’t know you’re listening unless they feel you really see them. It’s a byproduct of a phenomenon psychologists call the “illusion of transparency,” that is, assuming that our thoughts and feelings are obvious to other people, when in reality, they aren’t. Dr. Halvorson says her least favorite expression in the English language is: It goes without saying. “Nothing goes without saying!” she says. To that end, expressing the good thoughts you’re legitimately thinking about another person, by listening attentively, smiling, or giving someone a compliment, can go a long way toward giving them the impression that you’re warm,” says Dr. Halvorson. 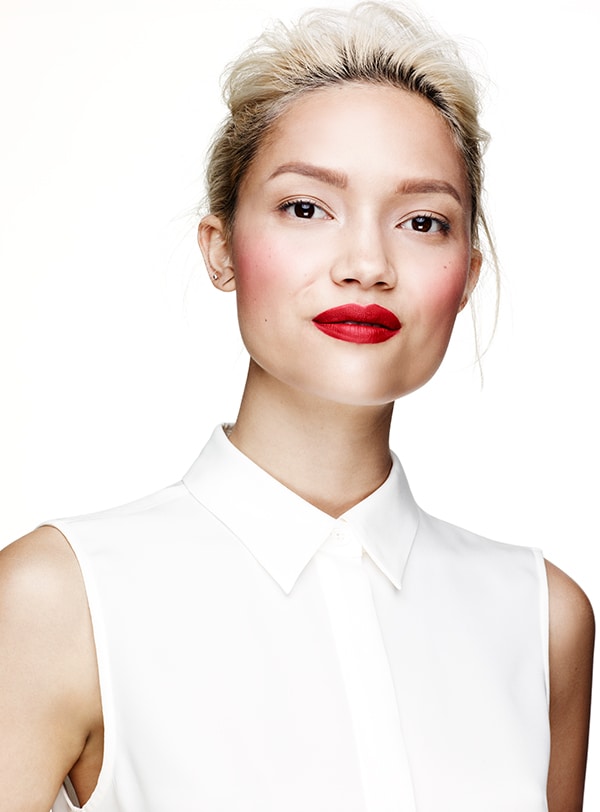 “Our immediate reaction to someone is also based largely upon appearance,” says Dr. Halvorson, adding that it’s more difficult to overcome a bad first impression than it is to make a good impression to begin with. And there’s more: “Science proves that we are observers of ourselves just as we are observers of other people,” she explains. That means that when you put a little effort into looking polished, it makes you feel more powerful and in control.

“You don’t need to look red-carpet worthy,” says Dr. Halvorson, “just like you care about your presentation.” An easy place to start? Nothing conveys confidence more than a bold, red lip.  “Red has been associated in studies with (unconsciously) perceiving other people to be powerful—and both men and women are perceived as being more attractive when wearing red,” explains Dr. Halvorson. This fall, red matte lips are right on trend too. Need some how-to tips? Check out 3 Steps To Matte Lips Without The Dryout and try the new Clinique Pop Matte Lip Colour + Primer or Clinique Pop Liquid Matte Lip Colour + Primer—both provide a surprisingly moisturising suede finish. And while you’re at it, smile. “Smiling isn’t something we do just because we’re happy,” says Dr. Halvorson. “It also makes us happier.”

Lest you think that being told to smile is an affront to your feminism, studies have shown that what we do with our face matters tremendously to others, too. “Take a moment now and then to notice what your face is doing,” says Dr. Halvorson. You’ll start recognising what expressions you tend to settle into and can modify those that may be off-putting, like scrunching your forehead or grimacing when you are deep in thought. Eventually, showing your friendlier side will become second nature. “You don’t have to smile inanely, just make sure you’re not in full-on frown mode—and be your warm, competent self,” advises Dr. Halvorson.

Social psychologist Dr. Heidi Grant Halvorson reveals the secret body and beauty moves that not only make you appear to be your most confident, but also feel that way.

Social psychologist Dr. Heidi Grant Halvorson reveals the secret body and beauty moves that not only make you appear to be your most confident, but also feel that way.